Interval (The Dying of the Light #2)

Interval (The Dying of the Light #2) 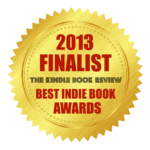 “Becoming a zombie was much more painful than he had expected.”

The world has ended, and 99.999% of the human race is dead… or mostly. It’s up to those few survivors to carry on and maybe, just maybe, discover a way to claw humanity back from the brink of extinction. Fans of The Walking Dead will enjoy this series’ character-driven story and the close-knit, survival-oriented relatable cast. For as we all know, the worst monsters in the zompocalypse aren’t the walkers at all… but the humans themselves!

“Becoming a zombie was much more painful than he had expected.”

The world has ended, and the few who are left struggle to survive. They had hoped that the worst thing they would have to deal with in this new world would be the walkers, come to rip and devour. They were wrong. There are worse things than zombies.

Those once thought safely sheltered in massive bunkers are under ceaseless attack, have gone dark—or worse. Meanwhile, thousands of miles away, marooned on the desert ice of Antarctica, a dwindling group of scientists fends off starvation. David Blake and the remnants of the US military launch a desperate rescue mission to bring them back; among them, the one scientist who has the knowledge that could save the human race.

A character-driven story similar to The Walking Dead on AMC, The Dying of the Light: Interval was a Top 5 Finalist in Kindle Book Review’s “Best Indie Books of 2013” competition. It is the sequel to End, and is followed by the trilogy’s conclusion in Beginning, and with the supplemental short story collection The Walker Chronicles, available now.

There are no reviews yet.